The house was chosen by the director Alberto Sironi in 1998 as the main location for the famous TV series. The “The House of Montalbano” B&B or the accommodation was founded on an idea by Ivana Micciché, owner of the Discovering Sicily tour operator agency. After a long time spent out of town in the tourist sector, she decided to return to her homeland and share her experience with the territory. “Inspector Montalbano” started filming at that time, and it was the entire crew’s first time in the province of Ragusa. Until then, this strip of Sicily was not included in the regional tourist circuits and, therefore, unknown to most, despite its artistic and cultural magnificence and with as many as 18 monuments, which were declared World Heritage Sites in 2002.
In the spring of 2003, Ivana Micciché asked the lucky owners to become the house manager to transform it into a hospitality business, starting a bed & breakfast. It was an immediate success. The fact that this charming and enchanting place, the dream of so many admirers and fans of Camilleri’s pen and his Inspector, could be experienced first-hand by staying even just one night made it a success. The fiction has been sold in 65 countries worldwide, and Punta Secca and the province of Ragusa have become among the most popular destinations for international tourism, giving this area of Sicily the fame and glory it deserved.

“Montalbano’s house is located in front of a wonderful blue sea and a Saracen tower, motionless memory of adventurous times, in an area warmed by an ever-living sun. Bright dawns and golden sunsets begin and end the day of those who come here to enjoy peaceful moments” (Giuseppe Micciché). Here time seems to have stopped, far from the stress of the cities you can rest; the clock of this village is slow and marked by the sound of the sea. More to the south of Tunis but in Italy, a place where history and baroque architecture is combined with the privilege of unspoiled nature with accessible beaches and a sea that is always sun-kissed.
We are in Sicily, in Punta Secca, a small seaside village in the town of Santa Croce Camerina, in the province of Ragusa. 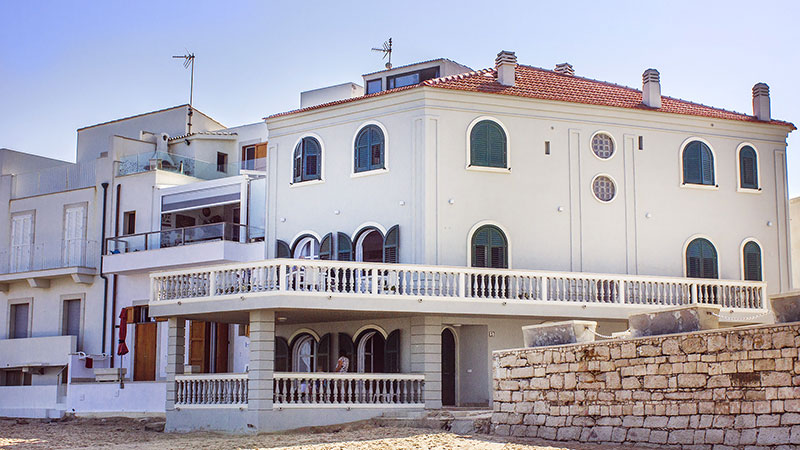 The house was originally a warehouse for salting sardines, purchased in 1904 directly from the state property. It is now a 3-level building measuring 110 square meters each, with two famous verandas overlooking the sea. The smaller veranda on the first floor belongs to the Montalbano vacation home, with its own entrance. The larger veranda on the raised floor belongs to the Bed & Breakfast La casa di Montalbano, with the entrance overlooking the new square in Andrea Camilleri’s honour. Four double/twin bedrooms, 3 of which with a view of the sea and decorated with stylish furniture belonging to the family and all with private bathroom inside the room.

The famous terrace overlooks the enchanting sandy beach (a recurring image in the television series), which, given its position, looks like a boat suspended in the sea. It is an ideal place to enjoy sunsets with colours and shapes that are always different each day, where the artist remains mysterious uncertainty. This will be the place where you will have your breakfast amidst the crunch of a warm croissant and a coffee that is never long enough to keep your eyes from the sea. Sicilian jams, fresh milk, croissants, juices, yoghurt, bread, bacon, cheese and local tomatoes, sweets, cornflakes and fresh fruit will help preserve the memories and the taste of a warm and welcoming Sicily.

As fans of the writer Montalbano know, Camilleri’s places often have fictional names; however, the places in the fiction are almost all in south-eastern Sicily. The area where Luca Zingaretti wanders around, playing the Commissioner’s role, is mainly concentrated in the area of Ragusa, the destination of many curious people and fans of the series who are looking for the traces of Montalbano. 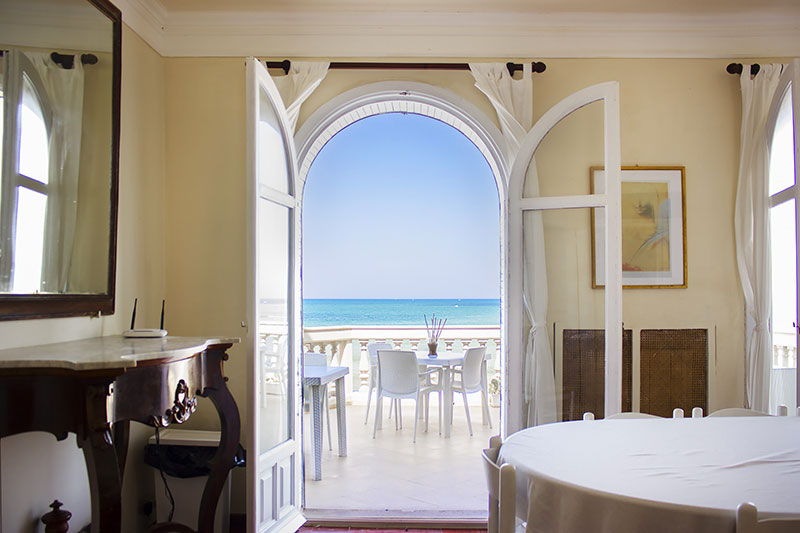